1. An orderly, often imposing arrangement
2. An impressively large number
3. A rectangular arrangement of quantities in rows and columns, as in a matrix.
4. Numerical data linearly ordered by magnitude.
5. In computer science, an arrangement of memory elements in one or more planes.

These dictionary definitions really defy the true significance of the term, for some of the most groundbreaking ways humans are now interacting with nature consists of arrays. Here are just some examples of arrays currently being used by scientists broken into two categories 1) Alternate sources of energy, 2) Sensors to capture information: 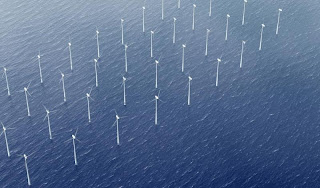 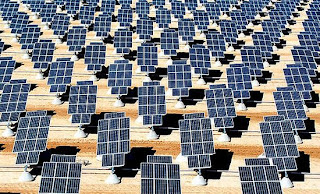 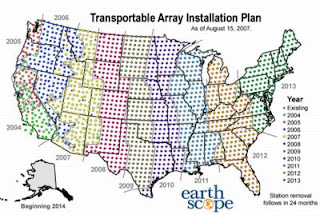 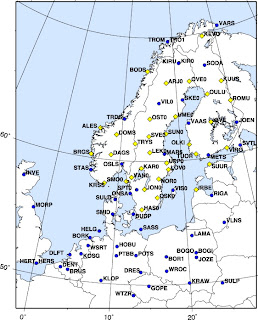 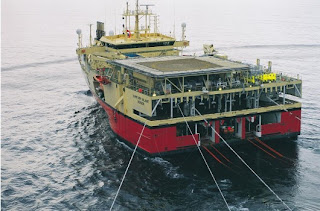 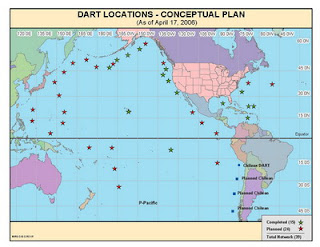 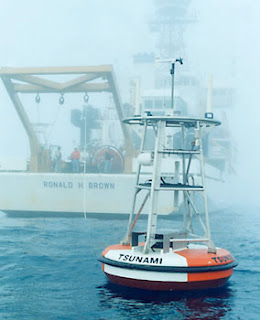 Though the term "array" is highly mathematical and evokes cold images of sterile human industry, these arrays offer some of the greatest tools to interact with  and investigate nature in a way that would not have been possible just decades ago. While the person using the electricity or interpreting this data might be sitting behind a monitor thousands of miles away, they nonetheless allow humans an ability to step up and observe galactic or terrestrial events from a truly macro scale allowing for paradigm shifts in perspectives.

But what I particularly like about all these arrays is their ability for transformation. I have always felt that humans treat their senses too exclusively and discuss them in isolation. However, is it really possible to differentiate smell from taste? Sound from the physical sensation of bass vibrations? Light from the sensation of heat? A lake’s water temperature gradient with depth? The pressure in one’s ear on planes with altitude? I even find that vistas of landscapes inspire strong urges to have a tacticle feel of the land and its undulations, maybe in the same way blind people touch people faces for recognition.

The transformation that occurs for alternate energy sources is pretty straightforward: light, wind, and tides to electricity. It’s the sensor arrays that are more interesting.  The Antenna Array transforms radio waves into a plethora of information that allows astronomers to gauge distance, gravitational fields, the chemical composition of galaxies, and identify, stars, black holes, quasars, and Gamma Ray Bursts.

The seismographs are able to transform the shock waves that occur after an earthquake into a map of the interior of the Earth. Not only can the array pinpoint the location of the Earthquake by using triangulation, but it also allows scientists to determine what kind of rock, water, or magma the shock waves traveled to to reach each individual element of the array.

Continental Drift used to be a very contentious scientific theory. Even after all evidence pointed to the fact that the Earth was in motion, the establishment still resisted this theory on the simple ground that it could not think of any mechanism that would allow whole continents to move. Using signals travelling at the speed of light coming from satellits, GPS arrays can now measure exactly how much a continent is moving. In fact, GPS arrays even allow us determine how much of a wobble this planet has as it spins around its axis.

Arrays act as an interfaces between nature and human knowledge. The sensory disconnect between input and output makes them more mysterious,  almost as if they were science-fiction like portals to other dimensions. They have the ability to provide a greater understanding of the physical universe that surrounds us and yet they simultaneously give us a sense of alienation from it. It is this very dichotomy between a simultaneous greater understanding of the world with a flash of awareness of our own limited knowledge that is the very definition of the sublime.